The Sound of a Wooden Bell: A Mission Trip Story 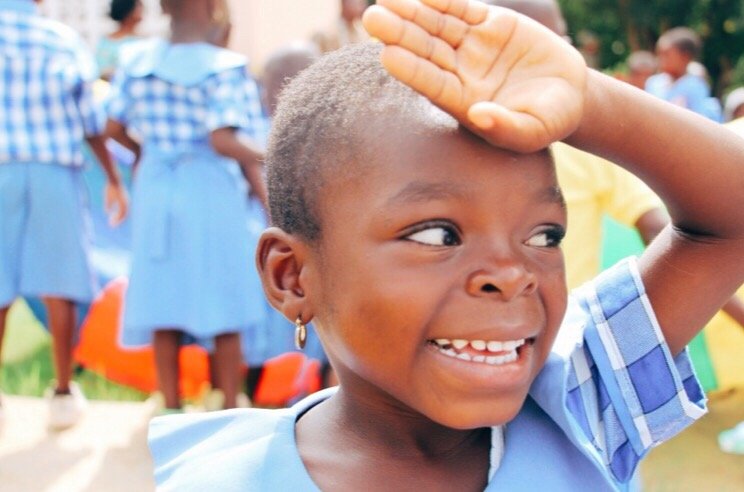 “Nobody hears the cries of the poor or the sound of a wooden bell.”

I had never been out of the country. My lofty expectation as a writer was to be a travel journalist getting paid to lounge around a global collection of five-star resorts. I would join the beautiful people on the beaches of Santorini and the French Riviera. I would dine on the world’s finest foods and venture into the world of exotic and expensive flavors: caviar, truffles, ostrich eggs, fine wine, and Florentine steaks. I felt I was a good enough writer, but I fretted about how to afford the clothing required to have a five-star experience. Upscale resale shops were my only resources for quality clothes, and I was as good with a needle for alterations as I was with a pencil for first drafts.

And finally, it happened, I was offered my first job as a writer. I was not hired to write for a luxe travel agency; I was hired to write for a charity that serves people in the Caribbean. My first trip out of the country was not to Europe, but to Haiti, the poorest country in our hemisphere. I expected to be in tears most of the time over the appalling poverty and was secretly relieved that my old clothes would be just fine. I was advised to wear my oldest sneakers and then leave them there.

My tears were of a totally different kind than pity for people who manage to survive on less than a dollar a day. They were tears of joy.

Schools With No Roofs

In the worst slum in Haiti, thus the worst slum in our hemisphere, I saw 100 one-room schools with dirt floors and some with no roofs, where 2,000 children were learning how to read and write. Mission teams had provided the books and paper, and some mission teams taught the children during their visits. I saw a mission team serving lunch to the children. As the head of the schools and full time missionary explained: we serve beans and bulgar one day and bulgar and beans the next. The community called this Dutch priest “Father Beans.” I learned that the school lunch was the only meal of the day for most of the children. The food was donated by mission teams who had seen the need firsthand and committed to raising enough funds so the children would not go hungry after their visit had ended.

I met a retired dentist living in a shack along with the people he served. He provided basic medical care, compassion, and understanding to the people he chose to live among. Thanks to mission teams who had visited for less than a week, he had an on-going supply of over-the-counter medicines, wound care supplies, infant formula, and dry foods to hand out to the neediest.

Doing a Lot With a Little

In a decrepit shack, a family dusted off a rickety chair, their only furniture, and invited me to have a seat. Their hospitality in such degraded surroundings humbled me. Their adult daughter, Ycelez, wanted to help her family by selling goods to people in the slum. I learned that for $25 she could develop a business that would keep hunger away from her family. I gave her $25. She bought bars of soap and sold them by the sliver, small bundles of charcoal and sold them by the stick, powdered milk she sold by the tablespoon. Such was their economy, putting our super large detergent packages and jumbo rolls of paper towels to shame.

I visited a maternity hospital that had no surgical supplies or trained medical staff. Local midwives assisted in the births. Each mother’s bed was covered in a colorful quilt provided by a mission team and each baby went home in a fresh new gown and wrapped in a new, little blanket. Again, thanks to mission teams who had seen the need.

The Haitians I encountered are some of the most welcoming people I have ever met. They overwhelmed me with their smiles and their happiness that someone cared enough to visit them. They needed so much, yet a hug and a handshake from a stranger brought them joy.

Sure, I found a lot to cry about surrounded by poverty I could not have imagined. But joy prevailed. The people found happiness in the tiniest blessing, and they wanted to be my friends. Their farewell gift to me was a woven basket in which they had placed a mango, a pill bottle of powdered milk, a small coconut, and a wooden bell made by a carpenter in the slum. On the bell was carved a cross, my name, and this proverb in their language, Creole: No one hears the cries of the poor or the sound of a wooden bell.

That trip changed my life. I no longer wanted to write about wealthy people lying indolently on beautiful beaches or about fine cuisine in Paris and art gallery openings in Milan. I wanted to write about people in poverty, and so I did for 25 years. It was my job, my mission, and my passion. My work took me to nearly fifty countries around the world, but not to five-star hotels and World Heritage sites.

I went to slums and remote villages. I slept in bamboo huts, hammocks, and minus two-star guesthouses. And everywhere I went, I was struck by the great difference mission teams make for people in poverty.

I was honored to be what one charity director called himself and his staff members, “servants of the poor.” My lifestyle changed from being an avid consumer to living mindfully. I considered every possession of mine a blessing, and I donated clothing and household goods to a local charity when I no longer used them. I never felt that I had to live like a poor person, but I knew that an item that might be a small thing to me was a huge gift to someone I never met. My gratitude for my blessings grew with every trip.

A mission trip changes people, some in big ways, some in small ways. It changes some people right away; it changes others weeks and sometimes years later. If you hear the sound of a wooden bell, it is a gift. Follow the sound as far as you can for as long as you can. You may endure hardships, but your destination is joy.

PrevPreviousPlanning for Your Mission Trip: Basic Tips
Next6 Reasons to Use a Mission Travel SpecialistNext

Get Our Mission Trip Fundraising eBook

This book is full of tried-and-true ways our clients have raised money for their mission trip.
GET YOUR FREE EBOOK 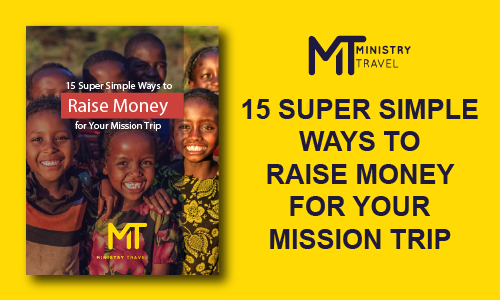 Get Our Mission Trip Fundraising eBook

This book is full of tried-and-true ways our clients have raised money for their mission trip.
GET YOUR FREE EBOOK 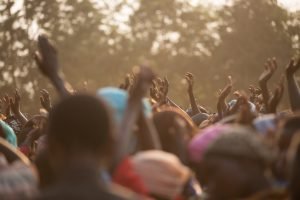 If you find yourself hyperventilating, take comfort in the knowledge that a mission trip is far from a fly-by-night affair. Time is on your side. Mission management professionals all recommend starting the planning process at least three months in advance. But if this will be your first experience, “> 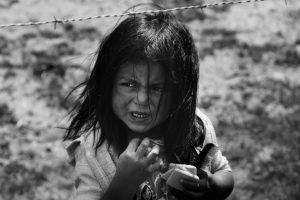 Destinations In Need: A Focus on Quito, Ecuador

Quito, Ecuador is a beautiful destination with amazing cultural attractions and a vibrant urban center. There are soccer (futbol) games, festivals, and architecture, yet the 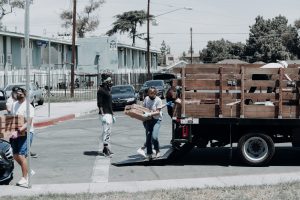 The year of 2017 was racked with devastating weather across the planet. Hurricanes, earthquakes, landslides, and now the deep freeze that has taken us into